Even in the pre-colonial age, Africans had a great deal of enthusiasm for music. For decades, African artists have performed in front of sold-out crowds in stadiums and arenas throughout the globe. The biggest performers from this region of the world are constantly touring to locations in Europe, America, or even Asia due to the desire for African tunes. There is constant discussion about the claim that South African music is the pinnacle of South Africa Music. But the greatest South African musicians of all time have ruled the airwaves across the whole continent, not just in their own nation.

Whether you enjoy reggae, soul, R&B, hip hop, or even more traditional forms of music, chances are you’ve heard of some well-known South African artists. There are numerous musical legends, some of them are still living while others have passed away, but their South Africa Musicstill fascinates countless numbers of listeners. The renowned Lucky Dube is one name that immediately springs to mind. He might be gone, but reggae, as they say, is unstoppable. One of several South African musicians that have international acclaim is Lucky Dube. When everything is said and done, it is impossible to exhaust the list of well-known South African artists.

He is one of the most influential artists from Africa. In Africa, Lucky Dube is unquestionably a reggae pioneer. Both young and elderly were moved by his song. Lucky Dube’s songs, in contrast to those of many other reggae musicians, did not promote drug use or even the “thug life.”His songs have messages about faith, family, and putting an end to hostilities. The musician’s cold-blooded murder was a devastating blow.

Another musical legend from South Africa is Miriam Makeba. Miriam was more popularly known as Mama Africa, and with good reason. She established the South African music scene and rose to international prominence as early as the 1960s. The struggle against apartheid in South Africa was greatly aided by her fantastic music. Singing against black injustice in their country was her life’s work.

Justice, humanity, peace, and equality were among her songs’ most frequent topics. The finest African music demonstrates that melody, rhyme, and instrumentals are not the only important aspects of the genre. At the end of the day, the songs’ message wins out. The genius of South African musicians who passed on is embodied in Miriam.

Hugh Masekela must be mentioned while discussing the most well-known South African artists. Hugh Masekela is proof that music is timeless. He started his musical career in 1959, and it lasted for a very long time. Hugh is considered a latest foreign music genius since in addition to singing, he was also a trumpeter, flugelhornist, cornetist, and composer in the past. Hugh founded the Jazz Epistles in his formative years alongside Dollar Brand, Kippie Moekatsi, and Mokaya Ntshuko. They achieved success with their jazz music, which at the time was novel in South Africa. 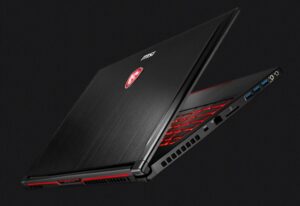 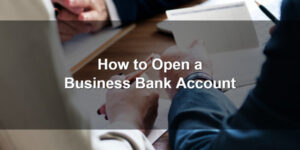