JD Sports, Go Outdoors’ former and present owner, put the company into administration and then repurchased it out of it in a pre-pack transaction. Since the coronavirus prompted the closure of 67 of the retailer’s locations nationwide, a significant restructuring of the company has been considered necessary. The forced COVID-19 halt, according to statements from JD Sports, had the effect of “bringing into greater focus the running costs of the business,” with a specific problem being its “very inflexible” property leases. According to reports, such leases included “upwards only” rent evaluations, which prompted JD Sports to believe that Go outdoors would need a significant makeover before being allowed to remain a member of its larger group.

In May, advisors were hired to assist in the sale of Go Outdoors, but it was ultimately agreed that a pre-pack administration agreement would be the best course of action. JD Sports has spent £56.5 million to reacquire Go Outdoors, and there are preparations to transfer ownership of the company’s assets and the employment of the company’s more than 2,000 employees. According to JD Sports, “the group’s objective is to save as many jobs as possible and keep most of Go’s store estate. Before the coronavirus crisis, the operational environment for retail firms was already challenging, and in recent months, the COVID-19 lockout has added to the sector’s mounting financial strains.

Go Outdoors was no longer feasible as organized initially and would have absorbed money at an unsustainable rate for the foreseeable future,” said Peter Cowgill, executive chairman of JD Sports, in a statement. After carefully examining all of the possibilities, we are confident that this will give Go Outdoors the foundation to move forward while still being a part of the company.

One of the biggest outdoor products shops in the UK, GO Outdoors, has gathered some statistics about the massive summer festival scene in the nation. The 177,000 festival goers at Glastonbury could fit their tents in a single line that was 123.7 miles long, twice Wales’s width. In keeping with the camping motif, 700 perfect tents were at the Leeds Festival in 2011. GO Outdoors has put together a helpful infographic including more than 30 fascinating festival-related statistics and numbers.

Go Outdoors’ Online Marketing & Social Media Specialist Brandon Egley said: “Music festivals have come to be associated with British summers, but they have a much longer history than most people realize. Every year, huge crowds of people come to our nation’s fields for weekend entertainment and music. However, music festivals were almost as common in ancient Greece as they are today in the UK. “Festivals today are a vast industry.

Over the August bank holiday weekend, Reading and Leeds Festivals produced more than 300 tons of trash, and in 2005, Glastonbury gave more than £1.35 million to organizations like Oxfam and Water Aid. “Festivals are becoming more expensive, but anyone attending one of the many summer festivals around the UK may reduce the cost by purchasing their necessities from GO Outdoors. We provide a wide selection of tents and backpacks that are both high-quality and reasonably priced.

The camping and outdoor gear supplier will close the store at 6 p.m. on Saturday, August 8, causing yet another tragic loss for Chatham Town Centre. The closure is to be unrelated to the Covid-19 pandemic, however. The GO Outdoors Company’s owner, JD Sports, is to have been unable to renegotiate with the store’s landlord and, as a result, “couldn’t agree.” A worker at the Chatham branch announced the sad news on Facebook, who confirmed that the GO Outdoors locations in Ton bridge, Canterbury, and Lakeside would continue to open.

You must purchase at least one more berth than the number of guests you anticipate sleeping in the tent. It implies that there will be enough room for your belongings, and if you purchase a tent with a porch, you can also put your muddy wellies outside. Buy from Go Outdoors right away. More items you can fit in the rucksack means you will have less to carry in your hands; therefore, the more, the better. Visit Go Outdoors to check which rucksacks catch your eye if you want to find the greatest one for you. Moreover, if you panicked over those necessities, do not worry; we have all the information you need.

Go Outdoors experts have provided a shopping list of all the items you will need to bring to festivals this summer. If you want to add a little luxury to your vacation, you can choose from a tent to a fleece rug. Check out the list of necessities and feel ready before you run out the night before you depart for a weekend of live music.

Early in the 1970s, in Sheffield, CCC stores were the precursor to GO Outdoors. The first store bearing the GO Outdoors name opened in Coventry in 2004 after Graham oversaw a takeover in 1998. The company presently has a £75 million revenue. With frequent bursts of TV advertising offering products like fleeces from £5.99 and tents from £19.99, low prices are at the core of its marketing approach.

InGo outdoors, go outdoors near me 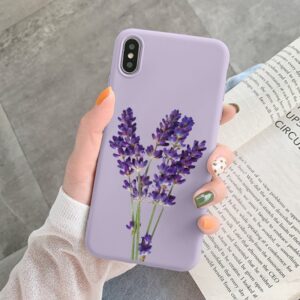 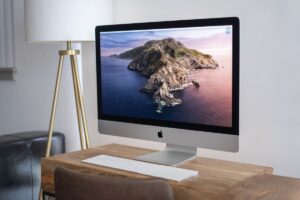