This is it – your ultimate guide for 8 pro ways you can benefit from a feature store in machine learning!

Feature stores are now the key data infrastructure for ML platforms. The feature store manages the entire lifecycle of features which includes;

What is a Feature Store ML?

Feature store ml is a storage and computation service enabling feature registration and discovery and is used as part of ML pipeline and online applications for model inference.

Feature stores are needed to store large volumes of feature data and offer low latency access to the features for the online applications.

How does a feature store Ml solves many problems in machine learning pipelines?

A feature store consists of both online and offline databases and is used to transform raw data from backed systems into engineered features, which are cached in online and offline stores. The features are offered for online and batch applications for inference and generating training/testing data for model training.

How is a feature store beneficial for Machine Learning?

Below is a list of benefits of a feature store for use in machine learning tasks;

It only makes sense to reuse features for different models in a fast-paced technological world. Many giants prefer a sharing adoption metric that evaluates the success of their feature store internally. This metric helps measure the number of teams that put model features used by other teams to be reused in production.

Operational/working models need low latency access to features that are computationally difficult or are generated from historical information/data.

Such features are most difficult or almost impossible to compute inside of the applications due to lack of data availability or the excessive time required for feature computation. Feature stores are here to solve this problem by acting as a low latency store for pre-computed features for the operational models which are used by online applications.

Feature stores eliminate the need for varying implementation for features, one when training a model and one while serving.

You can have a single feature pipeline with a feature store that computes features and stores in both offline and online stores. This storing can be used for training and serving models, respectively.

Offline feature stores must support massive volumes of data for model training and use analytical applications for model scoring. Whereas the online store must support low latency feature access for models served in production.

If you would like to know the temporal logic/value of queries of any given feature in:

Data scientists can use feature stores to discover pre-computed features, their types, either numerical or categorical, the descriptive stats, and the distribution of feature values. Plus, they can view a small sample of feature values to identify potential issues quickly, using a given feature in a model.

Feature stores are central repositories for any business/organization, letting these be access controlled, usage tracked, and governed.

Feature store ml offers common metadata standards, coding standards for features, and consistent documentation. Repositories can also maintain the popularity counts for features showing which ones are used widely and which ones can be removed while enabling advanced management features.

Feature stores must re-create the training datasets for the selected points in time, enabling reproducibility of models.

The other way to recreate datasets is to archive them; however, many industries like insurance or healthcare need reproducible for important regulatory reasons. Recreating training datasets for models is useful for debugging the models also – even when not required by law.

For the operational model, training data stats can be compared with stats computed over time windows of the live data – the last day, hour, or minute sent to the model for predictions. 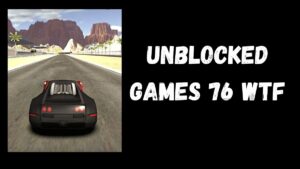